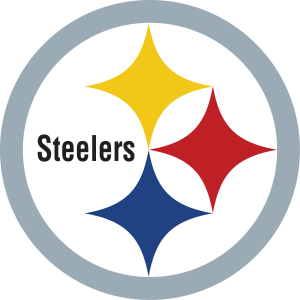 John Joseph Bodine Sr. (Joe) of Granville, Ohio passed away on July 8, 2020 at the age of 83.   Joe was born on March 10, 1937 in Pittsburgh, Pennsylvania to the late Joseph F. and Margaretta Bodine.   He will forever be remembered by the love of his life and wife of 58 years, Cecilia, his son John Jr., son Albert and his fiance Jill, daughter Maria Desautelle and her husband Pete, three grandsons, Joe, Will and Nick, granddaughter Lia, his sister Margie and her late husband Olan, sister Nancy and her husband Ken as well as many nieces and nephews.

Joe graduated from Duquesne University in 1957 with a B.S. in Accounting.  He and Cecilia (Diulus) met while at Duquesne and were married on September 22, 1962 following Cecilia’s graduation.     Joe served on active duty in the United States Army and, subsequently, in both the Army and Air National Guard.   He retired from the military in 1965 with the rank of Airman First Class.   Following his active duty tour, Joe returned home to begin his career as an auditor for the Bessmer and Lake Erie Railroad (“BLER”) in Pittsburgh, PA. In 1977, he left BLER to become a controller for the Westinghouse Corporation - Appliance Division in Newark, Ohio and his family settled in Granville.   Joe was promoted by Westinghouse in 1979 to controller of the West Coast Appliance Division, and he and his family relocated to San Francisco, California.

Over the next year, Joe and Cecilia’s love of and desire to raise their family in Granville outweighed the desire for continued promotions and the inevitable reality of future relocations.  Joe was a risk taker.  As a result, in 1980 he decided to resign from Westinghouse and return with his family to Granville.   At that time he also started teaching accounting at The Ohio State University - Newark Branch.  When the opportunity arose, he took another risk and joined Marie Reid as an insurance agent for Reid Insurance in Newark.   He eventually bought the agency and ran it for 30 years prior to selling the business and retiring.

Joe was a voracious reader of history and daily news.   He also enjoyed gardening, boating, and a good game of poker, if he could bend the rules a little.  He loved traveling with Cecilia, particularly to Las Vegas, Key West and to visit his children and grandchildren in Atlanta, Georgia and Washington Crossing, Pennsylvania.  Joe was an avid fan of all sports, but especially his beloved Pittsburgh Steelers.   Joe’s favorite hobby was taking care of his property. He loved his home and 3 acres of land in Granville.  He could often be seen scooting around in his wheelchair making sure everything looked perfect and was determined to stay and maintain his grounds until he died.

Joe will be remembered for his character, toughness, generosity, gentleness, and as a loving husband and family man.

Due to COVID 19 restrictions at this time, a private Funeral Mass will be held at a later date with military honors.   In lieu of flowers, memorial contributions in Joe’s name may be made to the Licking County Coalition for Housing, 23 S. Park Place, Suite 200, P.O. Box 613, Newark, Ohio 43058-0613.  www.lcchousing.org

Online condolences may be expressed at www.mcpeekhoekstra.com

A service summary is not available